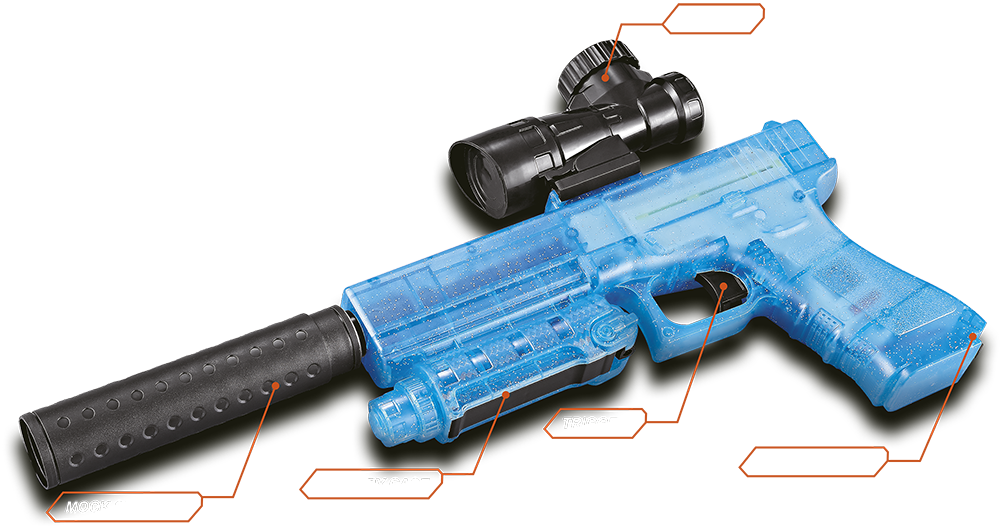 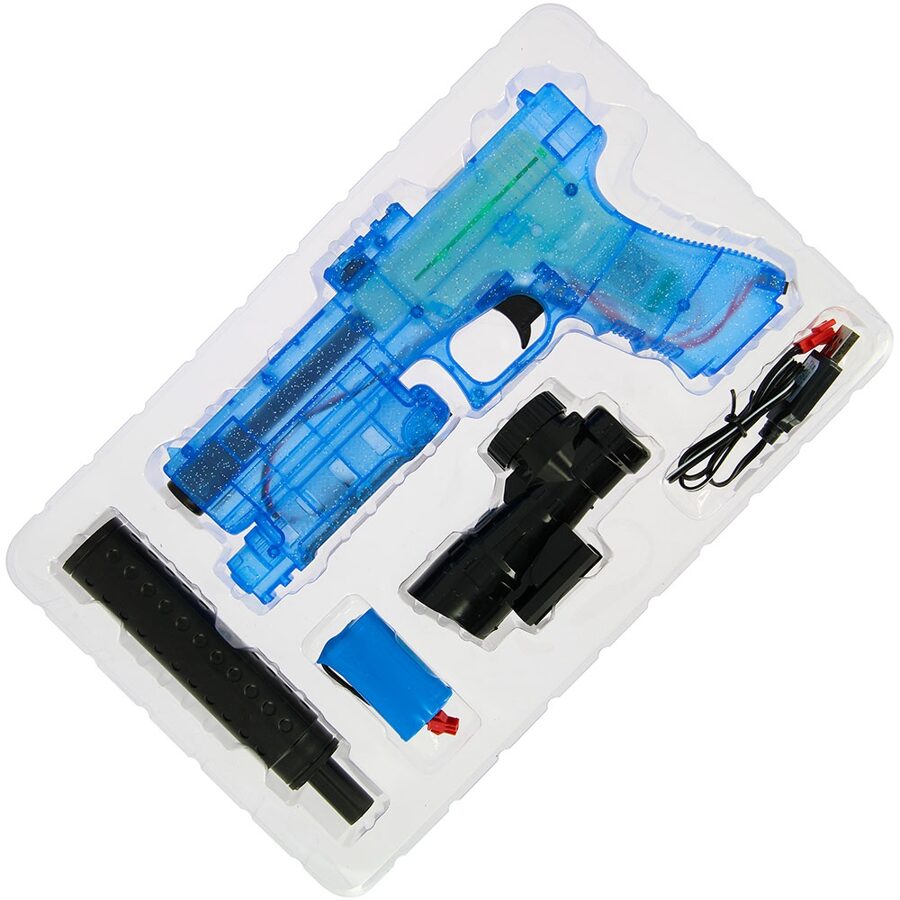 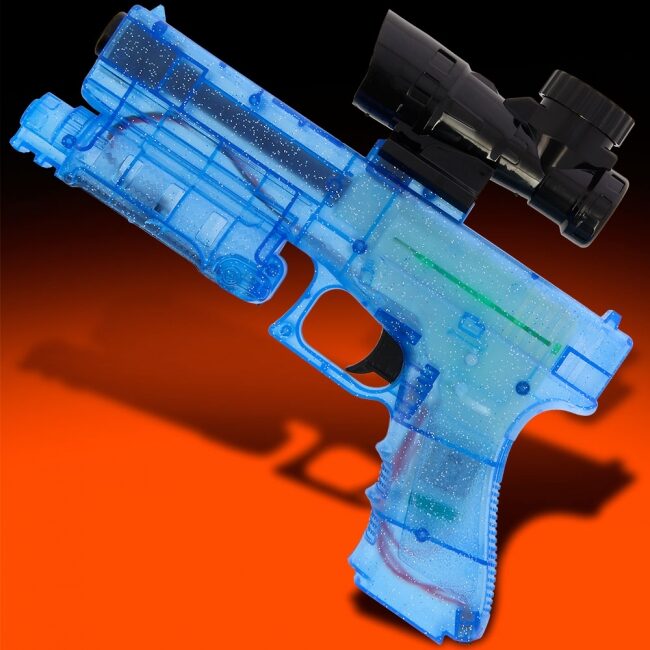 BE A SECRET AGENT

The GelSoft Agent is similar to the GelSoft Glock pistol, but with an awesome internal view thanks to the transparent construction. It’s a super comfortable pistol to hold and use and offers the ability to fire in both full and semi-auto (by pulling and holding the trigger or pulling and releasing quickly.) This pistol fires safe, frangible GelSoft ammo up to 20m accurately and with a great rate of fire; the ammo is biodegradable and made predominantly from water ensuring no harm to the environment. On impact, the ammo 'pops' or 'bursts' with a satisfying splat of water, or just bounces off the target safely.The Agent is made from high impact translucent blue ABS and comes with a faux suppressor and sight/hopper that automatically feeds the ammo into the pistol. The suppressor is removable and screws on and off the front of the pistol.To load the battery into this gun, simply open the battery compartment under the barrel and connect the two leads, one on the battery and one inside the gun. Fit the battery into the compartment and close the opening – it’s ready-to-use!